Why Judges Need to Speak Out About Problems in the Administration of JusticeCLS Blue Sky BlogJed S. Rakoffon February 2, 2021 at 5:05 am

The Code of Conduct for United States Judges affirmatively encourages federal judges to engage in those extrajudicial activities, such as writing articles, that are intended to help improve the administration of law.  But for most of my first two decades on the bench, I largely avoided this recommendation, partly because, like most judges, I was very busy conducting the business of my court, and partly because, like many judges, I took a certain perverse pleasure in remaining aloof.  But finally the very disturbing tendencies that I observed enveloping the American system of justice got to me, and I felt the need to speak out.  I started with an occasional article in the New York Review of Books, and now, having no restraint, I have written a book designed to help the general public understand just how the American legal system is failing its purposes and promise.  The book, Why The Innocent Plead Guilty and the Guilty Go Free: And Other Paradoxes of our Broken Legal System, will be published by Farrar Straus & Giroux on February 16, 2021.

The first chapter of the book focuses on the continuing horror of mass incarceration. Every year for the past two decades and more, over 2 million people have been locked up in American jails and prisons, or about 25 percent of all persons incarcerated anywhere in the world.  This was not always the American way; but between 1980 and 2000, incarceration in the U.S. increased by more than 500 percent. Since then, mass incarceration has remained relatively constant in the U.S. even though crime rates have mostly declined over the past two decades.

While it is uncertain how much of that decline is attributable to the increase in incarceration, virtually none of the studies suggests that increased incarceration is the primary cause of the decline. But the price we pay for this mass incarceration is huge, not just in economic terms (it costs over $180 billion per year to keep people locked up), but also in disruption of entire families and neighborhoods (especially among persons of color, who comprise 60 percent of the prison population). And all this is in addition to the dehumanizing effect that prison typically has on the young, impressionable men (and a few young women) who are thrust into its confines.

And who sends all these young people to jail?  We judges.  To be sure, much of the increased incarceration is the result of laws passed in the 1970s, 80s, and 90s that took sentencing discretion away from judges and imposed harsh sentences.  But that is no excuse for judges not speaking out against the evil of mass incarceration, and the first chapter of my book attempts to do so.

It should also be noted that of the more than 2 million people in U.S. jails and prisons, very, very few were convicted by juries. Rather, over 97 percent entered (or will enter) into plea bargains privately negotiated in the prosecutors’ offices. And what is even more troubling, as many as 10 percent of these defendants pled (or will plead) guilty to crimes of which they are totally innocent. The second chapter of my book discusses why this is so. In brief, the laws already referred to that were passed in the 1970s, 80s, and 90s, in reaction to rising crime rates, provided prosecutors with inordinate power to threaten defendants with harsh and frequently mandatory sentences if they went to trial.  So, for example, if an alleged low-level drug dealer who was reputed to have sold a few grams of a controlled substance was part of an overall conspiracy that, collectively, distributed many kilos of the substance, he, along with every other member of the conspiracy, could be indicted on a conspiracy charge carrying a mandatory minimum sentence of as much as 20 years in prison that the sentencing judge had no power to reduce.  Faced with such an indictment, even a defendant who was innocent of distributing any drugs might decide that, since he could never be certain of being acquitted at trial, it made better sense to agree to plead guilty to a lesser charge involving less or even no mandatory penalties.  The immediate result, beginning in the late 1980s, was that the percentage of felony defendants going to trial fell from about 20 percent to less than 3 percent, where it has remained ever since.

Of course, not all of these defendants who would have gone to trial in the old days but who now plead guilty were actually innocent.  But we have some data that indicates that many were.  Most notably, the Innocence Project, which, through the use of DNA testing, has established the unchallenged factual innocence of more than 365 defendants convicted of very serious crimes like murder or rape, reports that 10 percent of these totally innocent defendants pled guilty to the crimes they never committed in order to escape severe terms of imprisonment or even the death penalty.  Similarly, the National Registry of Exonerations, which records the now more than 2400 cases since 1989 in which a court ultimately found a convicted felon to be in fact totally innocent of the crime of which he had been convicted, reports that about 9 percent of these defendants had pled guilty to these crimes they never committed.  If we extrapolate to the more than 2 million defendants currently in jail or prison, this means that there are something like 200,000 persons wasting in prison for crimes they never committed.  And even if we discount for the fact that the cases that were pursued to exoneration may not be typical of criminal  cases as a whole, on any analysis there are at least tens of thousands of  people presently in jail or prison who have pled or will plead guilty to crimes of which they are totally innocent.

But it gets worse.  Even those people who, knowing their innocence, insist on going to trial, are frequently convicted.  Why is this?  It is the result of the fact that some of the most commonly used kinds of evidence – such as eyewitness identification evidence and many kinds of forensic laboratory evidence ranging from ballistics to microscopic hair analysis – are deeply flawed. Chapters 3 through 6 of my book lay out these flaws in detail, but the overall statistics are once again shocking.  Thus, of the 365 persons exonerated by the Innocence Project, 70 percent were convicted on the basis of inaccurate eyewitness identification and 40 percent were convicted on the basis of faulty forensic science.  (As these percentages indicate, some of the wrongful convictions involved both inaccurate eyewitness identification and defective forensic science.)  And these are only the cases we know about.  One suspects that many other supposed felons were similarly convicted on the basis of flawed evidence and that some were even executed before their innocence could be proved.

All the while, as discussed in Chapters 7 and 8, high level corporate executives who are demonstrably guilty of frauds involving billions of dollars go unprosecuted, and their companies are allowed to enter into deferred prosecutions agreements or other arrangements that have little deterrent effect. Although prosecutors offer various rationalizations for these failures to prosecute, it is hard to escape the conclusion that our criminal justice system has a double standard for those who commit crimes: harsh punishment for the poor and no punishment for the rich.

And what are the judges doing about all this?  Very little. Indeed, as described in Chapters 9-11, the courts of the United States have given ever greater deference to the Executive Branch in the area of law enforcement, even going so far as to approve torture. Yes, there was a brief exception, during the period of the Warren Court.  But the protections that that court imposed against Executive abuse have been increasingly watered down and are likely to be even more obliterated by the current Supreme Court.

The courts have also done their share to make access to the courts by everyday people an ever more remote possibility.  For example, as discussed in Chapters 12 and 13, not only has the cost of going to court become increasingly prohibitive for anyone who wants to be represented by a lawyer, but also the courts themselves have increasingly enforced one-sided contracts that prohibit going to court at all.  The cliche that American law offers you your day in court is ever more a lie.

In each chapter of the book, I offer some modest steps that could be taken to try to mitigate these huge problems.  But as I set forth in a Coda, the more far-ranging solutions – such as everything from repealing all mandatory minimum and career offender statutes to providing free lawyers to everyday citizens who find themselves in housing or family courts – cannot become politically attractive until the American people come to recognize just how broken are legal system is.  Judges should be in the forefront of raising that awareness.

This post comes to us from Jed S. Rakoff, a senior judge on the U.S. District Court for the Southern District of New York.

The Code of Conduct for United States Judges affirmatively encourages federal judges to engage in those extrajudicial activities, such as writing articles, that are intended to help improve the administration of law.  But for most of my first two decades on the bench, I largely avoided this recommendation, partly because, like most judges, I was very busy conducting the business of my court, and partly because, like many judges, I took a certain perverse pleasure in remaining aloof.  But finally the very disturbing tendencies that I observed enveloping the American system of justice got to me, and I felt the … Read more 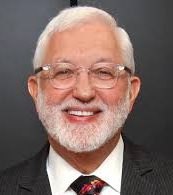