Many public policymakers and economists believe that American workers’ sharply declining share of corporate profits over the past few decades has been a major cause of increasing income inequality in the United States.  To some, the explanation for this profound change in the division of the corporate pie is simple.  Since the 1980s, the power of stockholders to demand corporate policies favoring their interests has drastically increased, while the leverage of working people in the corporate power structure has drastically decreased.  As a result, stockholders have grabbed much more of the pie, and left workers with crumbs.

Leading public officials concerned for working people have responded by introducing legislation to provide workers with more voice within the corporate power structure.  These proposals reflect a growing fear that external reforms such as reinvigorating the National Labor Relations Board, strengthening enforcement of the National Labor Relations Act, and raising the minimum wage are insufficient in isolation to restore American workers’ fair share of corporate gains.  Thus, advocates for workers are demanding internal reforms to corporate and securities laws that would require corporations to give more power to workers.

In a new paper, we focus on advocates’ interest in a single element of an overall scheme of economic organization known as “codetermination”: the right of workers to elect a certain percentage of a company’s board of directors.  This element may fairly be called “board codetermination.”  It is in the “Reward Work Act” bill introduced by Senator Tammy Baldwin and in the “Accountable Capitalism Act” introduced by Senator Elizabeth Warren, and it is supported by Senator Bernie Sanders.

In our paper, we address the practical issues that must be addressed if board codetermination is to be introduced in the United States and the immediate steps that could help American workers gain a strong voice in American corporations.  One central observation animates our discussion.  In nations that practice codetermination, there is a coherent, legally required internal framework within which management and labor must work together to govern companies for the benefit of all stakeholders.  That internal framework is backed by robust laws that reinforce the need for corporations to treat workers fairly and that provide workers with additional support to reduce inequality and promote economic security.

To show this, we explain how codetermination operates in key market-based economies. In Germany, for example, top-down representation on corporate boards is accompanied by ground-up worker representation through works councils that collaborate with management on decisions about issues like employee leave, terminations, working conditions, and relocation.  Codetermination also exists in nations where levels of unionization are higher than in the U.S., and where labor unions play a supportive role to both worker representatives on works councils and boards of directors.  Put simply, codetermination is a comprehensive system that culminates, and does not begin, with board representation.  As important, it is accompanied by corporate law that requires stakeholder-focused governance, meaning all directors, be they elected by stockholders or workers, must advance the interests of all stakeholders and not just stockholders.

We then describe the issues that must be confronted to implement a minimal form of codetermination in the U.S.  They include: a) which workers would be eligible to vote for directors; b) who would be permitted to serve as a worker director; c) how campaigns for board seats would be conducted; d) how elections would be administered; and e) how a board with worker directors would function.

Finally, we discuss policy initiatives that would benefit American workers now and that would be useful in creating an effective system of board codetermination.  These include: a) requiring all large corporations in the U.S., public or private,  to respect the interests of all stakeholders, including workers, and to focus on sustainable growth; b) mandating the Securities and Exchange Commission to require employee, environmental, social, and governance disclosure from all large companies and institutional investors; c) transforming  board compensation committees at all large companies into board workforce committees with a broader responsibility to ensure fair pay and working conditions for all employees, not merely select officers and directors, and to oversee policies on pay, workforce diversity, equity, inclusion, and safety and corresponding disclosure requirements; d) authorizing these workforce committees to institute European-style works councils to increase worker voice and provide information to the board; e) enacting labor law reform to reinvigorate workers’ rights to join a union and authorize sectoral bargaining; and f) undertaking complementary reforms designed to ensure that the institutional investors who collectively control public companies behave in a manner aligned with the interests of the people whose capital they deploy.  These measures would create a regulatory and business context allowing an eventual board codetermination system to function effectively, while improving conditions for American workers right now.

This post comes to us from Leo E. Strine, Jr., the Ira M. Millstein Distinguished Senior Fellow at the Ira M. Millstein Center for Global Markets and Corporate Governance at Columbia Law School, the Michael L. Wachter Distinguished Fellow in Law and Policy at the University of Pennsylvania Carey Law School, of counsel at the law firm of Wachtell, Lipton, Rosen & Katz, and the former chief justice and chancellor of the State of Delaware; Aneil Kovvali, a Harry A. Bigelow Teaching Fellow and Lecturer in Law at the University of Chicago Law School; and Oluwatomi O. Williams a corporate associate at Wachtell, Lipton, Rosen & Katz. The post is based on their recent article, “Lifting Labor’s Voice: A Principled Path Toward Greater Worker Voice and Power within American Corporate Governance,” available here.

Many public policymakers and economists believe that American workers’ sharply declining share of corporate profits over the past few decades has been a major cause of increasing income inequality in the United States.  To some, the explanation for this profound change in the division of the corporate pie is simple.  Since the 1980s, the power of stockholders to demand corporate policies favoring their interests has drastically increased, while the leverage of working people in the corporate power structure has drastically decreased.  As a result, stockholders have grabbed much more of the pie, and left workers with crumbs.
Leading public officials … Read more 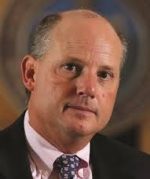