Game Over: How Best to Regulate Betting on Wall StreetCLS Blue Sky BlogJohn C. Coffee, Jr.on February 8, 2021 at 5:05 am

What a difference a week makes! Almost two weeks ago, the frenzied discussion of GameStop assumed that a proletarian revolution was in progress, that the masses had organized themselves through Reddit and Robinhood, and that they were marching on the bastions of the evil short sellers, who had long held these serfs in subjugation. “Investors of the World Unite! You have nothing to lose but your chains,” proclaimed the zealots on WallStreetBets. A week later, it was clear that the revolution had failed. GameStop had fallen from well over $400 a share to the low $60s on Thursday — much closer to its $20 price as of January 1, 2021. If you are rational, you now must recognize that it was a bubble. Lastly, the financial winners in this uprising were largely hedge funds — hardly a sign that the common man has toppled the power structure of Wall Street.[1]

To be sure, the short sellers were also bloodied, and Melvin Capital barely survived. One lesson, then, is that the financial masses can now pull off a reasonably effective short squeeze. Just as the British Redcoats learned at Bunker Hill that it was costly to march into massed American fire, so must short sellers in the future learn to limit the size of their positions when they are battling the financial rebels of today. Social media can turn out the rebels much faster than Paul Revere ever did.

Both sides will persist in their mythic interpretations of what happened in this rebellion. The establishment will say that there was manipulation of GameStop’s stock price through Reddit, while the wounded rebel veterans will blame everything on the short sellers, plus the treachery of Robinhood (the alleged Benedict Arnold of this story). All that is certain is that there was extraordinary market instability — and that it could happen again. How likely is another pitched battle in the short-term? Here, it is obvious that the true believers in GameStop who held on to its stock for the long ride down from the stratosphere to the cellar have suffered enormous financial pain. Sadly, pain is a great educator. Now, the rational retail investor knows that momentum trading works only if you get off the roller coaster in time.

So what should regulators do? My starting point is that regulators cannot ignore the new and extreme market volatility that is attributable to developments in social media, the appearance of trading apps that enable retail investors to trade faster than they can think, and, most of all, low interest rates. But that does not mean that the currently fashionable theories that there was market manipulation or that short sellers dominated the market stand up under closer analysis. My own view is that an army of privates, all firmly and fiercely convinced of the correctness of their opinion, cannot “manipulate” the market. Legally, manipulation implies seeking to move the market to an artificial price that is not the natural intersection of supply and demand. Historically, manipulation has been almost impossible to prove, and the only evidence that can credibly demonstrate it is evidence of collusion. Collusion among retail shareholders is almost meaningless, and hardly resembles the classic case of a sinister manipulator pulling strings like a master puppeteer. Nor does Robinhood, negligent as it may have been for some time, strike me as the villain. If your clearing broker does in fact demand extraordinary levels of collateral, you have no choice but to restrict trading. The same thing happened in the silver market when its price began to bubble: Trading limits were imposed from a level above that of the broker (brokers, of course, want trading and will not impose restraints unless forced to do so).

In this light, the key first step for the SEC is to establish the facts: What really happened? For example, given the high short interest in GameStop, can the SEC find indications of “naked shorting” — that is, the selling of stock that the trader neither owned nor borrowed. This is basically unlawful, but the rules on “naked shorting” have imprecise exemptions,[2] and I doubt that they can be effectively enforced. If true, a better rule might be needed. Similarly, can the SEC find examples of truly fraudulent statements on WallStreetBets? Of course, many predicted that GameStop “would go to the moon.” But that is a statement of an opinion. Statements of opinion are not fraudulent, and the First Amendment gives the SEC little room to crack down on non-fraudulent conduct by ordinary investors.

Last week, my very talented colleague, Joshua Mitts, wrote that there was an “Urgent Need” for “SEC Rulemaking on Social Media and Market Manipulation.” Professor Mitts may prove to be the finest mind of his generation in law and finance, but I doubt that rules in this area can really solve the problem of extraordinary volatility.

Where then should we begin? The simple reality is that the Federal Reserve has given us a world of near-zero interest rates for the near-term. This means “free money” for the speculative trader, and that may be the greater force that underlies and supports the rebels of Reddit. The logical response would be to reduce margin (and thus limit the credit that the broker may advance to its client in order to make trading somewhat more costly for speculative traders). Given the certainty of opposition to rules that make trading more costly, any such rule needs to be narrowly framed. I would submit that such a rule should focus on practices that resemble “day trading.” That is essentially what the rebels of Reddit have been doing. Because all the evidence suggests that day traders lose money systematically, such a rule protects the subject population (somewhat paternalistically, I admit) as it restrains excess volatility. That is two birds with one stone.

A legal strategy will not fly unless it is balanced. Thus, short sellers need also to be addressed, and again the strategy must be to raise the costs of taking very large positions. Short sellers do not need margin (because they are selling, not buying), but, in order to chill an activity that is destabilizing, they could be required to post deposits on a scaled basis with the exchange, market maker — or, hell, somebody. I will leave the specifics here to the SEC (if they are willing to consider a new idea). This rule would be intended to deter short selling on a shoe string, because that is where the danger of default and instability is most likely.

But what do we do about social media? Here, I would start with the fact that many of the most vocal critics on social media held securities licenses (they were registered representatives or more). Such persons are (or should be) subject to Regulation Best Interest, a fairly weak new rule that governs recommendations by brokers. In my view, a broker saying on social media that GameStop is “headed to the moon” is making a securities recommendation that is not in compliance with (or should not be in compliance with an amended) “Regulation B.I.” For one thing, Regulation B.I. requires adequate due diligence. This is a much narrower (and more constitutional) theory than one that attempts to chill all statements on social media. Professionals can be regulated constitutionally, but attempts to control the speech of all retail investors is dangerously overbroad. Finally, FINRA, which is not formally a governmental agency, can take actions that might be constitutionally more questionable for an agency such as the SEC.

Other measures can be considered. For example, FINRA is concerned about Robinhood’s super-fast trading on its new app. Problematic as this is, I have a concern: If we want to slow trading, why not adopt a rule that all calls to a broker must be made on a rotary telephone? Boy, that would work to slow trading. Problems with technology are not best remedied by outlawing new technology.

Bottom Line: The SEC should be cautious about trying to regulate all of social media or defining manipulation broadly. Closing the market for 30 days in the subject stock (as Senator Elizabeth Warren has recommended) seems particularly dangerous, because it might create panic as we approach the point at which the rule might be triggered. But the SEC can regulate professionals, and it can compensate for an “interest-free” marketplace by tinkering with its margin rules. These options, plus tightening the definition of “naked short sales” to require that the short seller have actually borrowed the shares, are the realistic tools on which to focus.

[2]  There has been long-standing controversy over the extent and impact of naked short selling. This area is now governed by Regulation SHO, which requires only that the short seller determine that it is able to borrow the stock to be shorted without difficulty. This invites a good deal of wishful thinking. Critics believe that naked short selling creates “phantom stock.” If the SEC were to examine closely the short selling that occurred in the GameStop episode, it might find that Regulation SHO needs some tightening. For an overview of the debate, see Alexis Brown, In Pursuit of the Naked Short, 5 NYU J. Law & Bus. 1 (2009).

This post comes to us from Professor John C. Coffee, Jr., the Adolf A. Berle Professor of Law at Columbia University Law School and Director of its Center on Corporate Governance.

What a difference a week makes! Almost two weeks ago, the frenzied discussion of GameStop assumed that a proletarian revolution was in progress, that the masses had organized themselves through Reddit and Robinhood, and that they were marching on the bastions of the evil short sellers, who had long held these serfs in subjugation. “Investors of the World Unite! You have nothing to lose but your chains,” proclaimed the zealots on WallStreetBets. A week later, it was clear that the revolution had failed. GameStop had fallen from well over $400 a share to the low $60s on Thursday — much … Read more 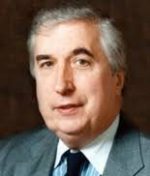